Skip to content
Sometimes large volume of water is required to store to meet the municipal demand or requirement of local water supply authorities. Large volume of water yields large mass and often to be situated on elevated place to have gravity flow without pumping.Elevated tanks have additional risk of being resonant with seismic vibration. Again tank may be in buried or partially condition. The vibration tendency of elevated tanks is followed by ground vibration which is found greatest when structures supporting them are founded on unconsolidated deposits of significant depth.

In addition to seismic effect on tank, oscillation of water and induced waves produce additional risk; particularly when baffle plates are not designed properly. Seismic damage may range from minor to major including total collapse. Major damage of large tank results large volume of water runoff.

• Maintenance of structure and tanks

At first we will discuss about small elevated tank.

Small tanks are used to store water for individual dwelling, schools, small industries or group of houses. Various materials are used to construct these and supporting structures are also constructed of different materials like wood, reinforced concrete, structural steel etc. Smooth corrugated iron, fiber glass, reinforced concrete, asbestos concrete etc. are used to construct tanks. The ill-effect of asbestos is now well-known to all and gradually replaced by other materials.

Type of Damage and Recovery:


Tanks made of CI sheet often collapse during earthquake. Previous experiences show us that poor maintenance is the main cause of failure but some instability cases were also found.


• Damage in tank and/or support often may require light repair. But if supporting structure collapses, tank also has to be replaced.


• In many cases, a portion can be salvaged where metal and wooden structures are used except corroded portion.

These types of tanks are used for storage or regulation purposes for towns and cities which are usually constructed of concrete may be of reinforced or unreinforced concrete, stonework or other materials. They may be damaged such as

• Cracks in covering, floor, walls or at the joint of these elements like at entrance or exit pipes which may be repaired easily or total reconstruction is required.

• Cover, part of walls or interior columns may be caved-in; sometimes minimal repair is enough but may require total reconstruction.

Medium to large elevated tanks are generally constructed of reinforced concrete or steel.

• Tank placed on steel frames having sufficient diagonal bracing are found perform well during earthquake. Experience shows that points where pipes penetrate ground (which is a part of supporting structure) are most vulnerable to earthquake damage. However, depending on design consideration, construction as well maintenance of tanks in conjunction with magnitude of earthquake and behavior of supporting soil, damage may of

• Light damage like shear of diagonal supports which can be easily and quickly replaced or repaired
• Damage of supporting structure with/without storage tank can become minor to severe; severe damages are often observed in connection between pipes and supporting structures. 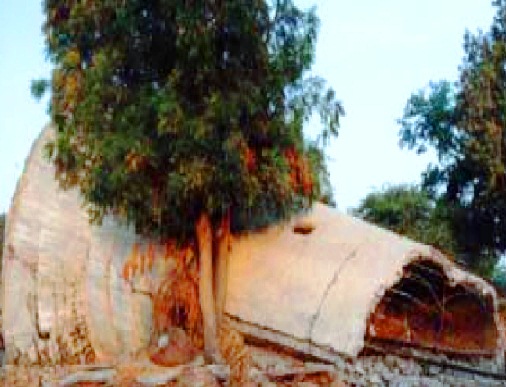 
Following forms of damages are observed in concrete tank due to earthquake:


• Exterior stucco is lost which can be repaired easily though scaffoldings are required in most cases.• Superimposed elements like ladders attached to them may be damaged. Pipes entering and/or leaving tanks may be damaged which usually not a part of structure and can be repaired but sometimes moderate difficulties may be faced.

• Cracks may formed in

• Region of overlap of excessive reinforcements

• Foundation failure, or leaving or topping of structure

Comparison between steel and concrete tank:

According to the study of United Nations Disaster Relief Organization (UNDRO, 1982), RCC elevated tanks suffered more damage than steel tanks; interestingly the construction precautions are not well defined for RCC tanks.
Reinforced concrete members and structures as a whole can conceal more damage as compared to steel structure which seeks more attention and only loss of plaster should be checked to inspect propagation of cracks. Sometimes cracks that are ignored or considered minor may lead to failure during aftershock or next earthquake.Let’s take an example of Kobe earthquake, in 1995 water supply authority of Kobe required 82 days to restore normal water supply. Say, though not relevant, World Trade Center was collapsed due to earthquake; we know many were sandwiched or killed by fire or tons of dust made disastrous environment including billion dollars economic loss, do we know what happened to water supply or water reservoir?