Skip to content
Placement depth of footing
A footing should place to depth to satisfy following conditions:-Sufficient/desired bearing capacity is achieved.

–Shrinkage and swelling due to seasonal weather changes is not significant to the desired depth specially for clayey soil.

-The placement depth should sufficiently below possible excavation close.

-Placement of footing should be at least 500mm below natural except where rock or other weather resistant materials is at the surface.


The angle of spread of the load from the wall base to outer edge of the ground bearing shall not exceed the following: 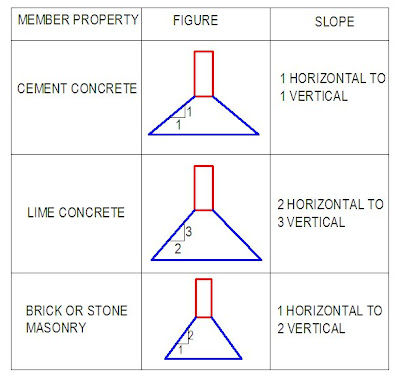 
a) In case of footing on sloping ground, the distance of the sloping surface at the base level of the footing measured from the center of footing shall not be less than twice the width of the footing.

ds = distance from center of footing to sloping surface at base level. 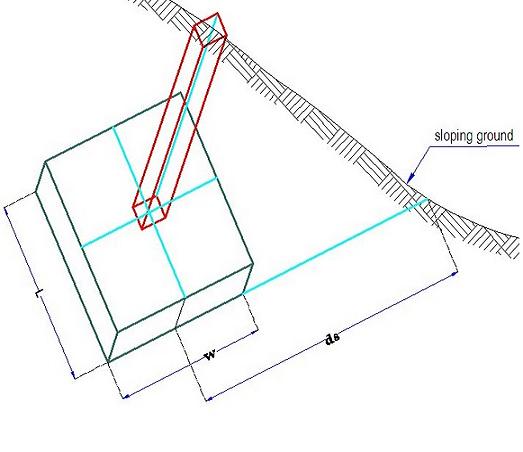 Moreover, the minimum distance from the lower edge of the footing to the sloping ground surface should be 90 cm. 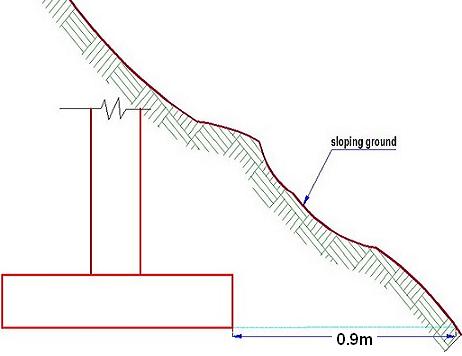 b) in case of footings which are in different levels, the distance between the edges of footing shall be such as to prevent undesirable overlapping of structures in soil and disturbance of soil under the higher footing due to excavation of the lower footing.

c) On a sloping site, footing shall be on a horizontal bearing and stepped. At all changes of levels, footing shall be lapped for a distance of at least equal to the thickness of foundation or three times the height of step, whichever is greater. Adequate precaution shall be taken to prevent tendency for the upper layers of soil to move downhill. 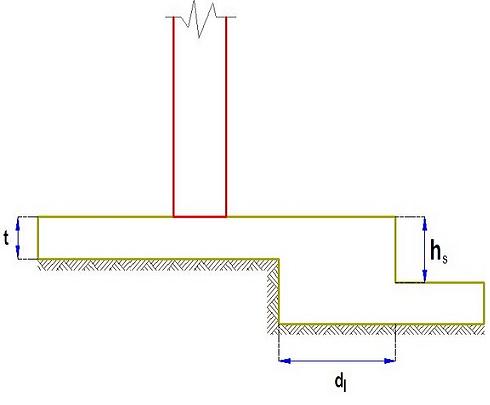 Where, dl = lapped distance of footing at changes in level.

The greater value is considered in design.


a) The new footing if it is possible, should be placed at the same depth as the old ones and the sides of excavation adjacent to the existing structure should be suitably supported.

b) If the footings are placed at different levels, the slope of line joining the two footings should not be steeper than two horizontal to one vertical. 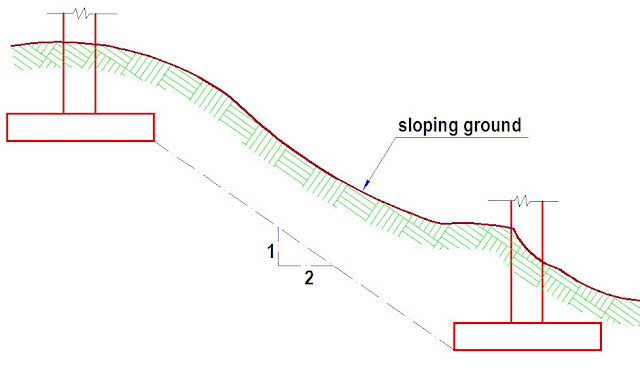 Footing on Filled up Ground


Loosely filled up ground having non-uniform density or consistency is not suitable to found a structure. If adequate strengthening of the soil is made by applying ground improvement techniques, the footing can be rested after ensuring the design strength is reached by plate bearing test.
Where foundations can be separated into two independent units, a slip joint shall be provided to accommodate unequal settlement.
Tags: footing