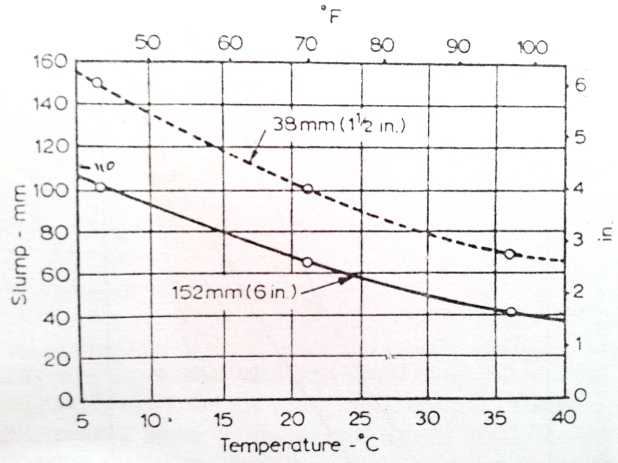 We know there have relation between time and change in workability. Temperature increase also affects change in slump with time. This influence of temperature is less pronounced in stiff concrete mix as this mix is less sensitive to change in water content. 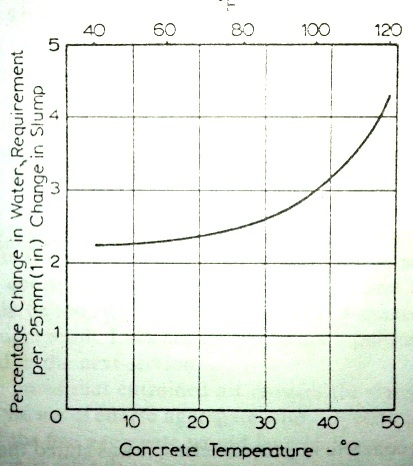 To maintain stable early workability, in hot day, water content of the mix has to be increased. Above figure describes us increase in water requirement as percentage to change in slump of fresh concrete by 25 mm with change (increase) in concrete temperature. 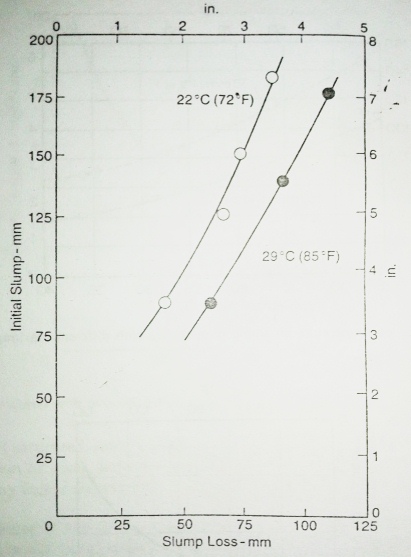 The slump loss with time is shown in following figure by plot of initial slump vs. slump loss after 90 minutes from water added to mix; cement content of this mix was 306 kg/m3.