Skip to content
In structural design, generally, we consider dead, live and lateral loads (in most case fraction of live loads) from different sources. But a structural member can be subjected to another loads larger than these loads anticipated earlier while erection of structural elements. Such loads are known as construction loads.
Construction loads become an important design issue of structural members. In a particular construction there have an established construction procedure which is proved economical to contractor; some modification may be applied by individual contractor; but this is very minor in most cases.
While designing a building, an architect may consider a distinct construction system, but he may not have idea about specific practices adopted by the contractor for total construction or individual element of construction. 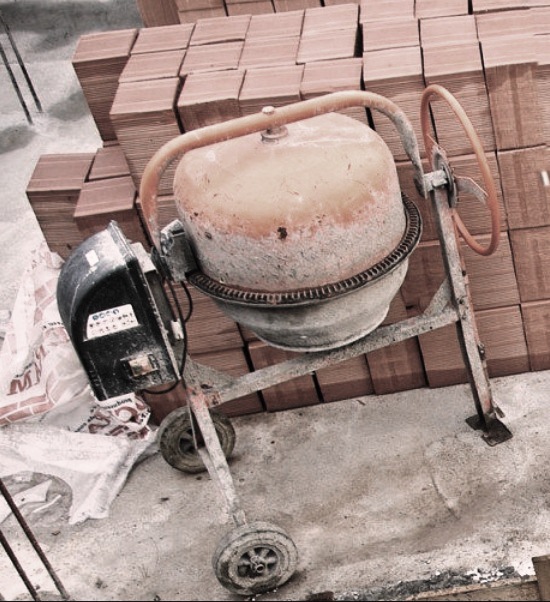 Contractors generally stockpile heavy materials and sometime equipment on relatively small area of structural member. Materials like bricks, cement, steel reinforcement or doors, window grills etc. and equipment like different parts of construction equipment, machine itself may be lubricants of them. When vibrator, mixer machine or electric generators are kept or installed on structural member, vibration generated by this machine may even lead to total failure of structure.
Stockpiling on small area behaves as concentrated loading, which may be several times larger than assumed live load (say 40 or 60 psf for residential or commercial building respectively) and structural failures becomes inevitable.

In concrete construction major time is elapsed while waiting to become concrete mature. Before adequate curing, formwork or shoring cannot be removed. Though there have some methods to accelerate curing, there have many drawbacks; may have to be compromised with strength. Even accelerate curing need considerable amount to time.

So if contractor removes formwork before concrete reaching minimum expected strength and additional loads are applied, failure may occur.The structure may even weak enough to support its own weight.

Generally beams are designed to act monolithically with slab and considered as T-beam; T-beam maybe symmetric, isolated or having flange in one side. In designing composite beams like T-beams, construction load should be considered assuming temporary shoring is not included in construction process.

Thus such beams have to be checked for their capacity considering non-composite action under construction loading. Now consider about precast concrete, the most critical portion of construction is during lifting of heavy panels from their form. Before erection placement of lifting points and their numbers, must be known.

If elements are not lifted in desired positions or any lifting point are missed, the elements may be failed before placing and may impact on previously erected or placed element. Desired stress and impact at the time of erection and placing must be considered in design considering possible position of erection or handling.