Skip to content
According to theory of plate tectonics, a constant motion of earth’s crust produces collisions between floating plates. In this colliding boundary, the movement is temporary prevented by frictional resistance.
The stresses built up in this way are released when sudden slippage is occurred under elastic rebound; sometimes rock may get fractured. The strain energy released in this way may produce fractures in the upper crust and in certain direction fault may occur. 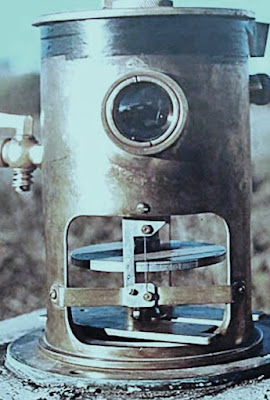 Some fraction of energy (as shockwave) is propagated in all directions. The wave motion stated above is called earthquake. It was found that the faults that was formed due to past earthquakes are vulnerable to suffer future disturbance. Now we will learn some information about recording of earthquake data.

Within United States monitoring grids were created across seismic active regions by installing stations equipped with automatic sensing equipment like tiltmeters and seismographs. The equipment can record seismic ground motion which facilitates us to locate focus and epicenter of earthquake. They also can record point of highest intensity of seismic wave.
An interesting matter is that, these peak intensities are found at or near epicenter and in most cases found around nearby fault. Now as structural engineer we need that portion of motions that are affect structures. A strong motion accelerograph can record such intensities of the ground movement.
This can record components of ground motion (acceleration) in three direction, two in horizontal and on in vertical direction i.e. North-South, East-West and vertical as usual. The acceleration is expressed as a percentage of gravity G.
Depending on seismic data collected in this way, structural design is done. The objective is to design a building that can survive earthquake loading without collapse but not to make earthquake proof building. According to uniform building code probability of earthquake hazard of any region is calculated.
Seismic ground motion propagates through earth crust and contact point between structures and earth is foundation, so ground motion acts on structure by moving foundation back-forth. Inertia forces generated by mass structure resist earthquake motion throughout whole structure. Lateral inertial on person traveling in a vehicle under deceleration is the similar example of this phenomenon. Inertia forces in vertical direction are often ignored as structure is designed for static vertical load.