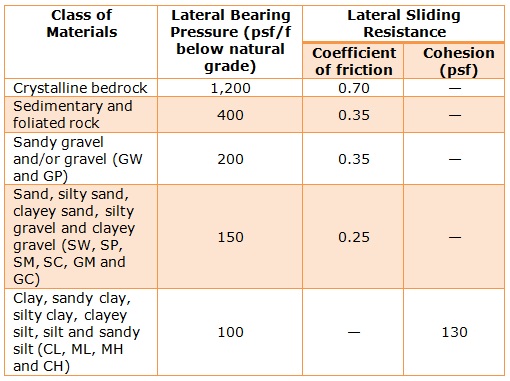 In case of questionable soils (problematic soils) unless acceptable sources ensure that these will not result under design or building official have no doubt about this, we can these for temporary or lightweight structures. The soils under question are organic soil, mud and unprepared or uncontrolled fill etc. 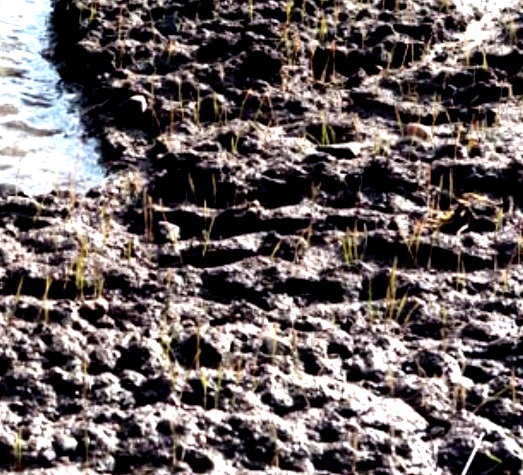 As this table depends on materials class as specified in code, so in determining soil at field careful investigation is required which at least include physical characteristics & dispositions. 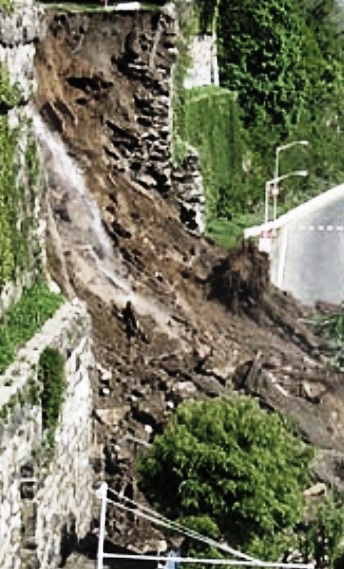 As discussed above, IBC provided table for presumptive load bearing capacity, with modification for alternative load combination, some modification of values for

At first we will go for combined resistance-

Limit for resistance against lateral sliding:

Resistance against lateral sliding, no case, should be exceeded ½ of dead load for following soil:

Increase of values for depth:

Dear reader the value provided in table is not function of depth and do you think lateral pressure will be constant with height? No, these values should be increased for every additional foot of vertical depth to maximum values that is 15 times of the values tabulated above.

Increase in case of poles:

Isolated poles are used to install flag/signs and sometimes poles provide support to building. When such poles suffer motion at ground surface having amplitude of 12.7 mm short term lateral loads, the lateral bearing capacity as tabulated in table above should be multiplied by two to provided sufficient capacity to cope with such adverse affect.