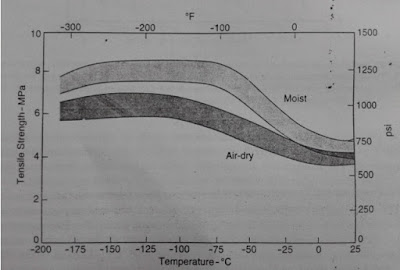 Above figure shows that temperature below -1200C compressive strength increases very small. This is due to reaching a region of temperature scale where internal structure of the ice in pores is changed. Actually at -1130C the hexagonal structure of ice takes forms of orthorhombic structure. Volume 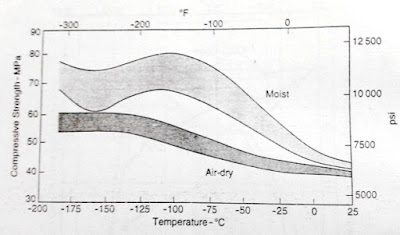 Form figure we can conclude that tensile strength increase within limit of -70 and -870C. Now consider normal concrete, the increase in strength is more pronounced at low temperature than that of lightweight.
When moisture content is considered, the related term w/c ratio has to be investigated, it is very interesting to notice that compressive strength increase with moisture content is not related to water/cement ration.