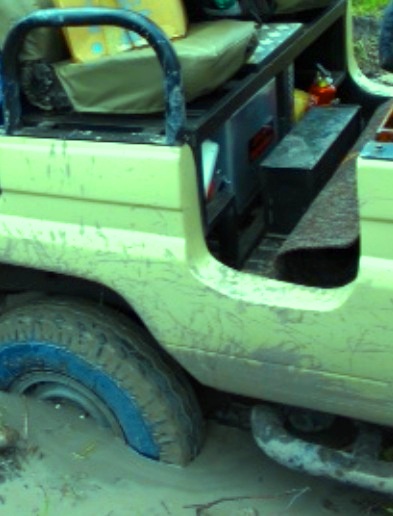 Perumal and Krishna, in 1948, described that in Hyderabad areas of India, the black cotton soil have a formation resembles to ‘lentil’ i.e. the structure is almost like lentil seed.

There have structure having shape of lens of double convex in subsurface of these soils. The developed lentil is usually stable and may be of different sizes. These break into prismatic or irregular clods.
According to Virgo and De Vos in 1969, aggregated structure of this soil is due to unequal pressure exerted by the process of shrinkage and swelling within soil mass under moisture variation. The studies were conducted in clay of Blue Nile near plains of Sudan.
When wet season just starts, there have numerous cracks in black cotton soil surface, and black cotton soils show high initial rate of infiltration. But the rate of infiltration decreases drastically with increasing water content under wetting of soil.
Dear reader in our previous posts we have discussed about soil structures, clay mineralogy and cracking pattern in black cotton soil. So no need to explain causes of cracking.
Krantz et al. in 1978 found that rates of infiltration decrease from (34~45) mm/h at first 1 hour to about 10% of initial infiltration (4 mm/h) after (1~2) hours and reach 0.2 mm/h after an infiltration period of 144h; consider soil becomes saturated at that state.
Jewitt et al. in 1979, showed that black cotton soils of Sudan having large number of cracks, the terminal rate of infiltration (when all cracks are sealed and soil profile is thoroughly wet) may be extremely low and typical range he suggested (2.0mm/hr ~ 0.5mm/day).
During rainy season, hydraulic conductivity and rates of infiltration with black cotton soil control water balance components namely
When infiltrate rate becomes very low, the excess water passes out by surface runoff. In 1981, Virgo provided an observation in Somali that cracks in black cotton soil have tendency to join under wetting of soil profile which decrease drainage capacity of these types of soil.
Considering poor drainage through these soils, these soils are not suitable for agricultural production during rainy season.