Skip to content
In this post we will share some information about settlement reduction raft foundation. as we learned earlier rafts are nothing but a flat slab reinforced with steel. In the design purpose equivalent frame method of flat plate/slab is used as recommendation of some codes. When C.G. (center of gravity) of loads arrived from individual columns or share walls coincide with raft’s centroid, the upward reaction from soil becomes uniform.


The uniform upward reaction is equals to the sum of all loads from the columns and other members divided by area occupied by raft. It is important to note that in structural design self weight of raft is not considered as self weight is supposed to rest directly on the subsoil. Here no consideration for differential settlement (moment and shear form differential settlement) is accounted and the effects of differential settlement are compensated by using heavier reinforced section than that required from above analysis.In case of compressible soils, sometimes the total raft foundation is made compensated foundation.

Now question is what is compensated foundation? 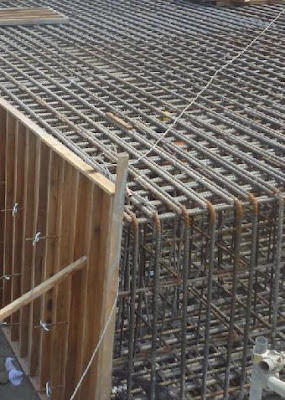 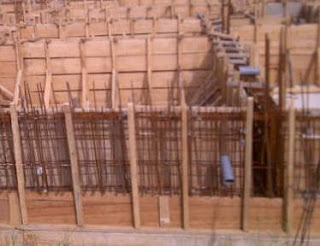 So far we considered differential properties of soils. But if loads from different columns are not distributed uniformly the raft should be stiffened by T-beams connecting the raft with the stems. In case of subsoils that are susceptible to large differential settlement this stiffening method is also applicable.