Skip to content
Dear reader here we will discuss not only about foundation but also about dam itself. We have few ideas about piping through embankment and also through foundation soil if the embankment base is not impervious.
Dear reader throughout previous some posts we are discussing about failure of dam.
In these regard, here, we are mainly concerned about catastrophic failure of dam. Except overtopping crest of dam, piping is the second most important cause of catastrophic failure.

Piping is nothing but progressive erosion through concentrated leaks and drawn attention from modern designer to provide special provisions to prevent this and the results are worth mentioning; which reduce piping failures to almost none in modern important dams. 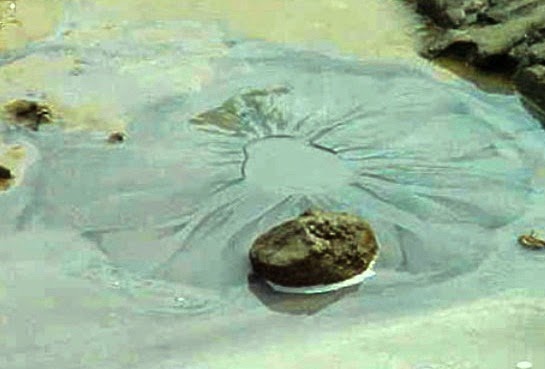 The experience we are sharing derived mainly from older and poorly constructed dams. Though failure of dams, in most cases, wash out foundation zone or embankment itself through which piping developed, we have to depend on eyewitness, construction and design records to gather causes and mechanism of failures. So the authenticity of records is a matter of speculation.
The present strict requirement for compaction uniformity is provided to prevent such phenomenon. In this regard, we can include that the purposes of these requirements are to provide control on construction density and water content to achieve homogeneous and dense cores that can reduce concentration of leaks leading to piping; thus prevent piping.
The graded filters are provided in downstream of dams in addition to above requirements, which ensure few piping failure in recent dams.

Seepage Eruption under Foundation of Dam as Springs