Skip to content
Dear reader we have discussed many posts about swelling properties of black cotton soils and in most paper we found to discuss about swelling, its detrimental effect, and also possible remedial measure of large expansion of these soils.
Here we will discuss about shrinkage of black cotton soil; it is obvious that the soil that can hold huge amount of water; may suffer shrinkage under drying out. The swelling pressure of these soils may disrupt building foundation and many structures suffer damage even before occupancy. But the expansive nature is considered detrimental when light structures are constructed, in case of heavy structures the swelling pressure cannot do harm except during construction where load is gradually imposing to soil. 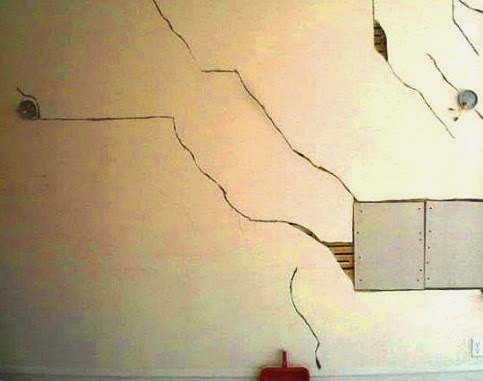 But when shrinkage occur, any type of structure will suffer serious damage, moment and shear generated at critical joints may lead to failure of building. Such soil show opposite property under wetting and drying cycles.
Ritchie and Yule in 1980 described three phase of shrinkage of these soil which explain relationship between change in volume of soil and loss of moisture from soil grains. These are:
a. Structural shrinkage
b. Normal shrinkage
c. Residual shrinkage 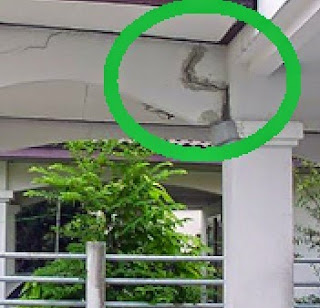 In this shrinkage process, water loss from soil having very high moisture results displacement of water by air during drying. This loss is encountered in large pores of soil. Overall volume of soil remains same.

In this process of shrinkage, water from soil is lost under matric potentials of ranging -0.3 to -15bars. This shrinkage occurs is equidimensional which facilitates to calculate co-efficient of linear expansion also known as COLE.

In this process also water lost under matric potential ranging from (-15 ~ -20) bars which is generally happened between montmorillonite crystal (saturated with calcium).
But this volume change doesn’t associate with a significant volume change, as lost water is accommodated with entered air into inter-crystalline spaces.
From above three phases of shrinkage, we can conclude that major shrinkage in soil, for available water in the crystal of soil, due to gradual ped contraction when no air is entered into peds. The visible sign obviously is stretching of cracks in between peds.
Initial & final phases are not responsible for significant swelling (matric potential between [-0.3 ~ (-15 to -20)] bars; the water loss accompanied by corresponding entering of volume of air into large pores & domains respectively. 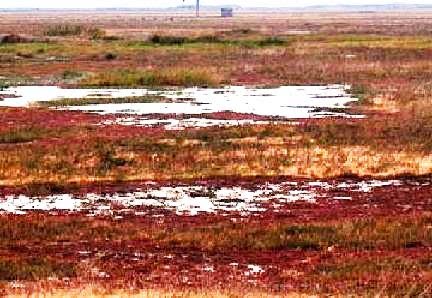 Other structural changes in black cotton soil due to shrinkage and swelling are
Dear reader in our previous post we have already discussed about these structural phenomenon.